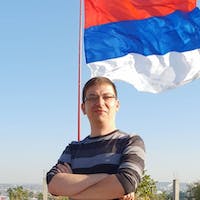 Before we begin, you should take a look at one of my previous articles “How to solve Symfony 5 and Doctrine Migrations Bundle 3 upgrade error: Unrecognized options “dir_name, namespace” under “doctrine_migrations”.” That article covers the base case when you don’t have any migrations and, technically, everything worked fine — until actual migrations needed to be migrated to the new Doctrine Bundle version.

This article covers what needs to be done in order to update existing migrations.

If you have followed the first article, you will encounter further post-update issues if you have migrations that were already executed before the Doctrine bundle upgrade. To resolve the issues, follow these steps:

Make sure to have the correct environment loaded

This was covered in the original article, but let’s make sure it’s done before proceeding. If you had any other environment set in the .env file, the upgrade could rewrite it and set the environment back to dev. Make sure to revert it back to the proper environment (In my case, it was local).

Move (cut and paste) your existing migrations (their .php files) to the new Doctrine migrations folder.

Previous Doctrine migrations folder was src/Migrations while the new one is migrations (relative to your project root directory). To make sure you’re using the correct folder, open config/packages/doctrine_migrations.yaml file and look for migration_paths configuration option. It should contain the following (new) namespace definition and its directory 'DoctrineMigrations': '%kernel.project_dir%/migrations'.

The previous command set up the new default Doctrine migrations database table. The only thing left to do now is to let Doctrine know that you’ve already executed some migrations in the previous version.

To do that, run the following MySQL query:

This query does a couple of things:

If everything up until now went smoothly, the old migration_versions table is now obsolete. But, before deleting it, verify that the migrations are upgraded successfully with php bin/console doctrine:migrations:status. If Executed Unavailable value is 0 we should be fine.

Just as a precaution, export the structure and data of the old migration_versions table. After a breaking, backwards incompatible change like this, you never know if anything else is going to break in the future.

You can now delete migration_versions table from the database.

We have done the following:

That’s it for now. This should conclude the Doctrine migrations bundle upgrade to version 3.0.